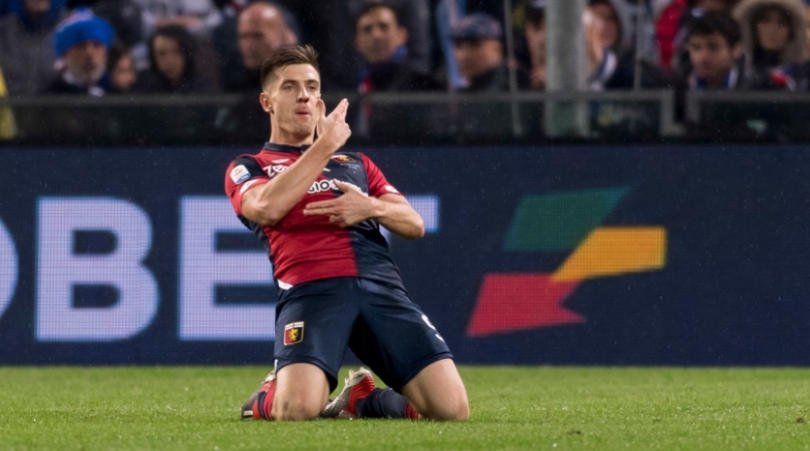 “It’s useless to keep telling me to go away. I’m more tired than anyone else, but a serious buyer has never arrived…if they do, I’ll sell up tomorrow. If they don’t, I must keep going out of responsibility.”

For all of the drama that has surrounded Genoa in recent years in the form of seemingly constant changes of manager, players coming and going and investigations into transfer irregularities, you can’t accuse President Enrico Preziosi of lacking commitment to Italy’s oldest football club.

In 2013, Preziosi stated “Over the last few years I have lost €140m by investing in Genoa…I am ashamed to even admit it [in the context of a global financial downturn that hit Italy particularly hard]”

As a businessman and entrepreneur who built his fortune through Giochi Preziosi, a toy manufacturer, Preziosi has since operated Genoa with an eye on the club’s bottom line. This is certainly evident in Genoa’s dealings in the transfer market as the club have developed somewhat of a reputation for buying low and selling high – giving young players an opportunity to play in Serie A and pique the interest of bigger clubs in the process.

While plusvalenza* is a more revealing lens through which to look at a club’s financial performance than transfer net spend – The Swiss Ramble does an excellent job of deep diving into the specifics of this at http://swissramble.blogspot.com/2012/09/genoa-strange-relationship.html while David Amoyal often speaks about this topic to on his great podcast Calcioland – the club’s net spend does paint a picture of its transfer window machinations.

In the process, Genoa have bought and then sold players such as:

This looks great on the surface but it begs the question – what has this all led to? In recent years, their highest league finish in Serie A was 5th in 2008/09 when the goals of Diego Milito powered them into a European place. Genoa also finished 6th in 2014/15 but aside from that, results have been mediocre at best. The club has bounced around in the bottom half of the table, culminating in a 17th place finish last season.

The Swiss Ramble insightfully made the point that “The awful dilemma for Genoa is that the only thing that keeps the club relatively stable financially is their frenetic player trading, which is also the thing that hurts their chances of progressing on the pitch.” Not much has changed in this regard for Genoa and with Preziosi’s declaration in recent weeks that “We are in negotiations to sell the club and the solidity of the other party is guaranteed” one wonders what the club’s future looks like.

Will the current model continue or will new owners attempt to stabilise the club? Will Genoa’s tenuous grip on a Serie A place relent and cause them to drop to Serie B or will they be able to build on the talent in the squad towards consistent top half of the table finishes?

Either way, Genoa will be a fascinating subplot of the upcoming season and given the rate at which players “break out” at the northern side, here are aheadofthecurva’s list of names to watch at Genoa this year:

*plusvalenza is much like the English term “capital gains”. For example, if a club brings a player through from its youth academy then sells him for €20m, the plusvalenza is 20m because there was no initial investment in the player in terms of acquiring him.

If that same player is purchased by (let’s say) Roma for €20m on a 4 year contract, the amortized value of the player decreases by €5m each year of the contract (€20m divided by 4 years = €5m per year). Therefore, the player’s amortized value 2 years into that contract would be €10m and if he was then sold at that time for €17m, the plusvalenza would be €7m. 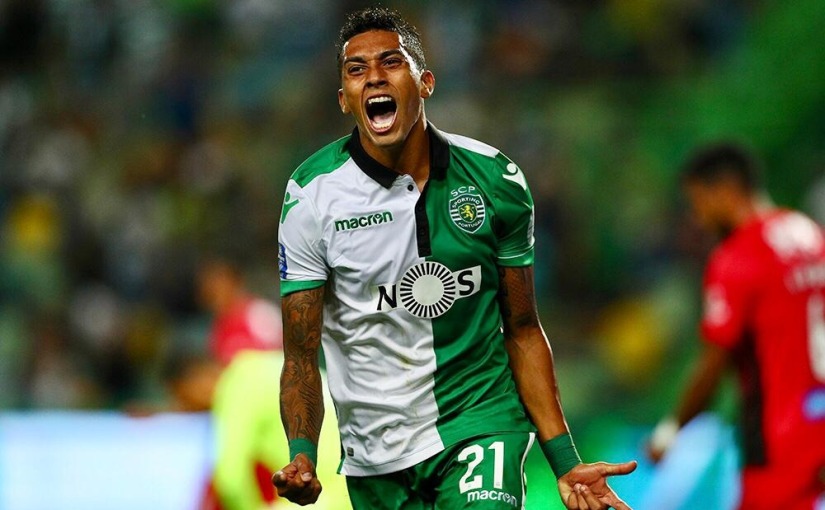 His Instagram defiantly states “Você sabe meu nome, mas não sabe minha história.” It sounds far nicer in Portuguese but translated it means “You know my name, but you do not know my history.” That may be true of this player but certainly know his present and we can try to shine a light on the future of this particular footballer.

It was while this author was watching Sporting CP teammate, Bruno Fernandes, that he first saw a slight, diminutive but incredibly quick and skillful winger terrorising his opponents from the right-hand side.

With pace to burn, acceleration and a real dose of “X factor”, Raphinha is well and truly a name to keep an eye on in the 2019/20 season. After beginning his career at Brazilian club Avaí, he spent a year with Vitória Guimarães’ B team in the Portuguese second division before linking up with the first team in 2016/17. It was the next season though that he really burst on to the scene – 32 league appearances for the side from northern Portugal brought 15 goals and 4 assists.

Sporting shelled out €6.5 million in the summer of 2018 to bring the Brazillian (who also happens to hold an Italian passport) to Lisbon. He went on to start 16 of Sporting’s 34 league games, coming off the bench in 8 more to post a total of 7 goals and 5 assists in his first season for the Leões. It’s fair to say that fans of his former club would have felt a pressing sense of saudade when he scored this wonderful goal in late April.

In addition to the aforementioned pace and trickery, he possesses a great first touch, an eye for a cross, the ability to beat defenders 1v1 and good close control under pressure from defenders. It’s also important to note that he is not a passive player, he aggressively looks to move the ball forward and it is this “directness” that contributes to his ability to change a game at the drop of a hat.

This season just gone, he averaged 5.38 successful dribbles per game in the league along with 0.32 goals, 2.28 shots on target, 3.19 crosses and an impressive 3.93 interceptions.

As a comparison, ex-Benfica prodigy João Félix who was recently acquired by Atlético Madrid for a cool €126 million averaged 3.18 successful dribbles per game along with 0.74 goals, 3.18 shots on target, 2.43 crosses and 1.14 interceptions. Yes, João Félix is a different player. He is younger, scored more goals and the fee paid for him certainly takes into account his future development. Raphinha also came on as a substitute more often than Joao Felix – maximising the impact of his pace against presumably tired legs.

On the contrary, João Félix played for a superior team and in a more central role as well. The discrepancy in terms of numbers isn’t huge and Raphinha has shown he can be a valuable and consistent contributor – we only need to revisit his time at Vitória Guimarães to see that. If he is able to cement a consistent starting spot at Sporting, expect Raphinha to be talked about far more than he currently is.

All statistics courtesy of wyscout 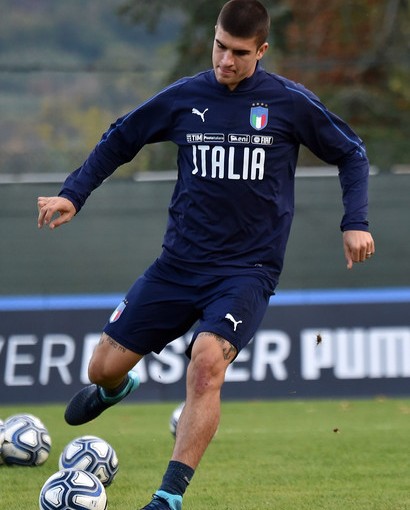 It may have only been a UEFA Euro 2020 qualifier against the minnows of Liechtenstein but for Gianluca Mancini, stepping out on to the Ennio Tardini pitch in Parma wearing the number 5 of legendary World Cup-winning captain Fabio Cannavaro would have no doubt been something quite special.

Comparing the young Mancini to Cannavaro at this stage in his career would, of course, be unfair. The 23 year old has only just completed his first season of consistent Serie A football, having made his debut in the top flight on 24 September 2017 for Atalanta against his old side Fiorentina.

It was in the 2018-19 season that he established himself in the Oribici starting XI, playing predominantly on the right of a back three alongside the likes of José Luis Palomino, Rafael Tolói and veteran Andrea Masiello. Across all competitions, he made 35 appearances and scored 6 goals – demonstrating the threat he poses in set piece situations as well as his general aerial ability. In 2019 alone, he won 63.3% of aerial duels across all competitions.

Mancini has solid pace and acceleration for a central defender, using these attributes effectively to step up and intercept the ball in the midst of opposition attacks. Some of his most impressive moments involve Mancini doing this before releasing a beautifully weighted through ball for a teammate further forward.

This aggression can see him lose the ball (8.49 times per game across his Serie A career) or misplace a pass a little more than would be ideal but for a centre back as clearly well rounded as Mancini is, playing another season under manager Gian Piero Gasperini is only going to be a positive for his development. The pressing, offensive style of Atalanta will only accelerate Mancini’s ability to read the game, win one on one duels and make good decisions with the ball.

He has already been linked to clubs such as Everton and Roma although at the time of writing it seems that he will stay in Bergamo. Get ready though for his stock to rise as he is thrust into the spotlight when Atalanta begin their maiden Champions League campaign.

*All statistics courtesy of Wyscout